No second chance for a second harbour crossing

National Leader Judith Collins’ announcement that the second harbour crossing will be included in National’s infrastructure package will finally get this vital project out of the realms of fantasy and onto the agendas of government and business.

The North Shore is a significant contributor to the commercial vitality, civic character and future potential of Auckland and for too long decisions made in Wellington have failed to acknowledge or place sufficient value on this reality.

It’s fantastic that at last we have a leader of a major party with the vision and determination to cut through the barriers to building an additional harbour crossing. Everyone who has sat in traffic jams trying to use the Harbour Bridge knows how essential a second harbour crossing is. As do the North Shore businesses that can only confidently arrange meetings on the other side of the Bridge during a 4-hour window between rush hours.

The ridiculous habit of kicking this can further down the road has to stop. That’s why I made sure a second harbour crossing was included in my campaign promises, and why delivering on that commitment is going to be one of my goals if North Shore voters send me to Wellington as their MP.

The North Shore has found its voice in a National Party that knows we’ve waited long enough. Without National in Government we can wave goodbye to the second harbour crossing.

I was also encouraged to see that an expressway linking Whangārei with Tauranga, via Auckland and Hamilton is in the package. This will generate enormous potential for all the communities along its route, the North Shore included. Using the expressway, our innovative businesses will be able to quickly and efficiently reach a huge potential market. Let’s give the health and technology hub that’s already growing on the Shore something to aim for: a client base that stretches from Whangārei to Tauranga.

The difference between the future National has mapped out, and the current situation of a blocked Harbour Bridge couldn’t be more different.

Building a sustainable and far-reaching economic recovery in a post-COVID world is going to require bold thinking and cogent solutions, and National’s announcement has both.

Now that there’s a clear pathway to building the Second harbour crossing, we can all be certain that the North Shore is going to come in for unparalleled attention. And we need to be ready to leverage that exposure to address the other issues that have languished for too long.

The Waitematā Harbour is a vital part of the attraction of living on the Shore and it’s time we showed our appreciation for it. This means securing the investment and commitment from regional and national government that’s necessary if we’re going to clean up our polluted beaches.

I’m also right onboard with residents on the Shore who can’t understand why ferries aren’t a bigger component in Auckland’s overall transport strategy. The harbour is a highway that’s completely underutilised. There is no reason why we can’t get commuters on ferries and do it in a sustainable way that protects the environment too.

There will be no second chances to get these projects over the line. This is the North Shore’s opportunity to ensure that we get a fair share of Wellington’s attention. With your help we’re going to get this done. 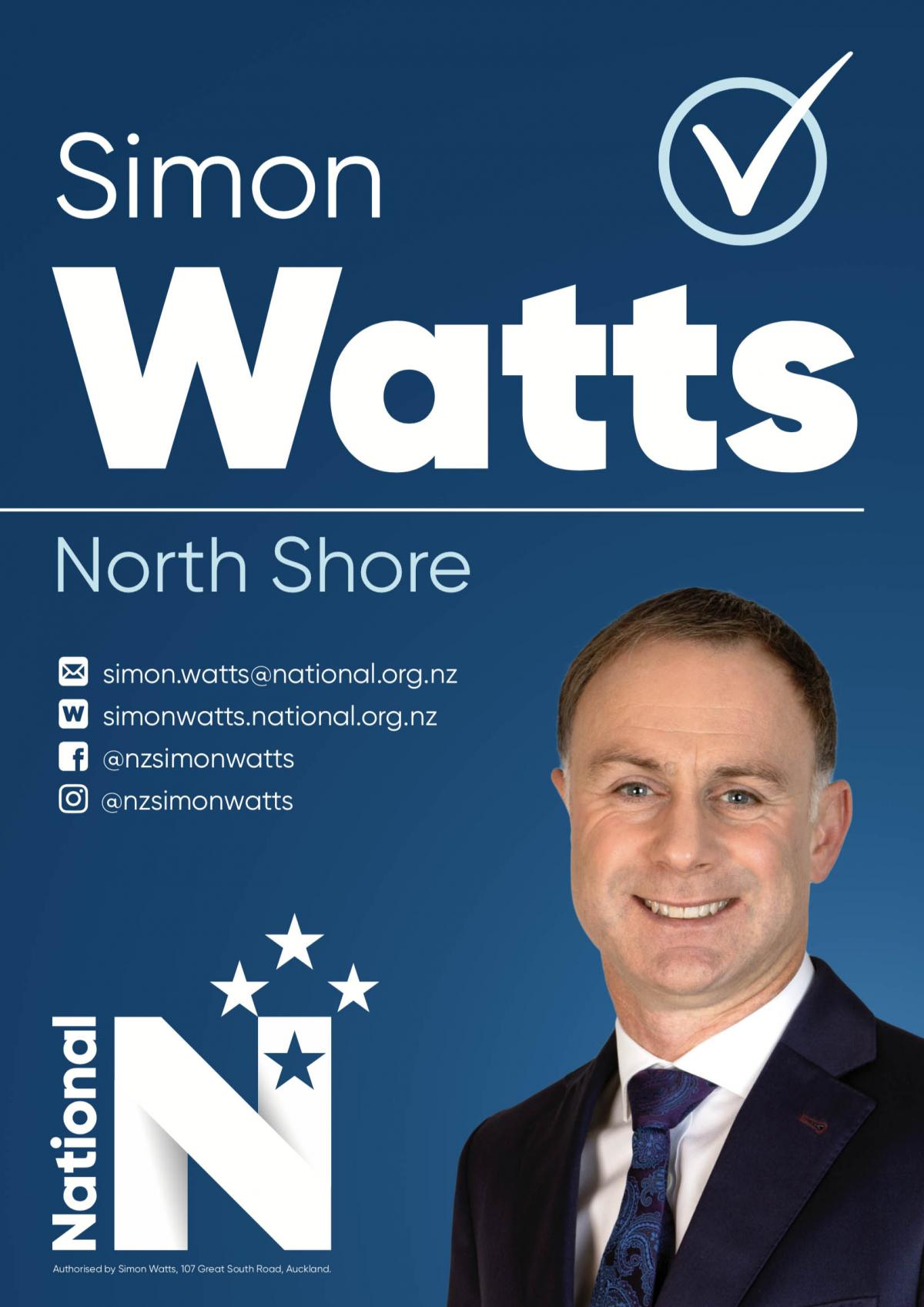