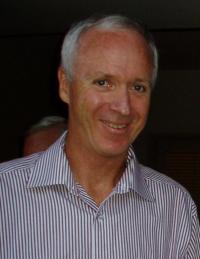 
As I see it, by John Appleton


As I see it, by John Appleton

The Ketogenic Lifestyle: Is this the answer to better health?

As I see it - by John Appleton

Until recently, just a mention of fat in the diet could have sent many a doctor into a ‘tailspin’. After all we have been conditioned to believe that fat is bad because it’s associated with high cholesterol, heart disease and obesity, isn’t it?

Slowly however, the wheels are turning, and more and more research is showing that the real culprit is a high carb diet loaded with refined grains and sugar.

Dr Gerald Lewis, a renowned New Zealand cardiologist and his GP wife Monica have recently published a superb book ‘The Medical & Other Benefits of the Ketogenic Lifestyle’.

Most folks may be unfamiliar with the term ketogenic but it’s a term that is being discussed by scientists around the world. It’s not a new term and the ketogenic diet has been used for decades to reduce the incidence of epileptic seizures. Very simply, the ketogenic diet is a high fat low carb diet that encourages the body to burn fat rather than sugars. Dr Lewis says “low-fat doctrine was drummed into us from the moment we left medical school. Most of us accepted this as infallible dogma.” he says, "thinking people are now realising that it’s ragingly apparent that the evidence behind low fat eating is almost non-existent."

Rather than focus just on fats, Dr Lewis has listed five components of what he calls a ‘Ketogenic Lifestyle’. These are: ketogenic eating – very low sugar – intermediate protein and high fat intake, along with copious amounts of above-ground vegetables.

Intermittent fasting for part of the day or one or two days a week – regular exercise – stress reduction and nutritional supplementation to provide nutrients that can’t easily be obtained from the diet. According to Dr Lewis, many specific diseases may directly benefit from this lifestyle including: Type 2 diabetes, obesity, epilepsy, Alzheimer’s and Parkinson’s disease, cancer, coronary heart disease, arthritis and other inflammatory conditions and autoimmune diseases. He does however point out that for some folks, the ‘Ketogenic Lifestyle’ may not be appropriate. Pregnant and breastfeeding women, patients with type 1 diabetes; those who have had their gallbladder removed and people with pancreatic and liver disease should talk with their doctor prior to embracing a ketogenic lifestyle.

We all have three energy sources: carbohydrates (sugars), fats and proteins. Proteins are the building blocks of our cells and thus should only be ‘burned’ as a last resort. Usually the body cells initially burn carbohydrates, then switch to fat burning. We only have a small amount of stored carbs available for immediate use (less than a day’s supply) but we have a year's supply stored in fat tissues around the body. Our brain cells cannot burn fats because the molecules are too large to cross the blood brain barrier. The liver, however, is capable of turning fat into ketones which are smaller molecules that can readily enter the brain and provide it with energy. Dr Lewis says fat and ketones supply both the tissues and the brain with an almost inexhaustible supply of premium energy, which is why people feel so good both physically and mentally when they are embracing a ketogenic lifestyle. It’s interesting to note that when on a restricted glucose diet, glucose can be made from fat or protein in the liver by a process known as gluconeogenesis.

There is a wonderful heart-warming movie (true story) starring Meryl Streep titled 'First do No Harm’ which tells the story of a boy who had been institutionalised due to epilepsy. His mother literally kidnapped him from the hospital, put him on the ketogenic diet and guess what; no more seizures. This movie can be watched online. Type ‘First Do No Harm – Meryl Streep’ into Google.

For anyone wishing to get a copy of ‘The Ketogenic Lifestyle’ it’s available on Dr Lewis’ website www.drgeraldlewis.com