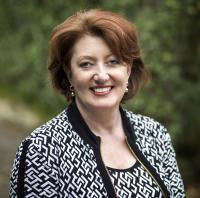 Look after yourself and each other

These are extraordinary times and to cope with the challenges of the Covid 19 Pandemic we all need to look after ourselves and each other. For the most up to date information on the virus check the website www.covid19.govt.nz

If you’re concerned or experiencing symptoms call the Healthline 0800 358 5453 or email my Electorate Office on northshore@parliament.govt.nz or phone 09-486 0005.

Having announced my retirement from Politics last October, I will continue to advocate and represent you until the next election.

There were five strong candidates who nominated and passed pre-selection to replace me and any one of them would make a fine MP. I acknowledge and commend them all, Anna Casey, Julian Light, Neuanthe Samarakone, Joe Bergin and Simon Watts. This was a close fought race that took the full 4 ballots and ultimately the National Party delegates selected Simon Watts as their new North Shore candidate. Along with Team National I’m right behind Simon and wish him well for the upcoming election.

My thanks to all those who shared their views with me on the important matter of the Abortion Legislation.

I voted in favour of the bill to get it through to Select Committee and have wider public scrutiny and I was disappointed that so few people were allowed to have their say and appear before the committee.

I remain convinced there was no genuine need for this legislation in the first place and if shifting abortion out of the crimes act was considered so necessary then it could’ve been easily achieved by removing section 44 of the Contraception Sterilisation and Abortion Act 1977.

Instead the bill and the changes made by the Select Committee went too far, and I voted against the bill because I could not support late term abortions beyond 20 weeks with all the inherent risks to mothers and to babies.

I was careful to cast my vote in favour of the amendments put forward on Supplementary Order Papers that would have made it safer for the unborn child and for people with disabilities and to prevent those who would seek to practice the abhorrent gender selection abortions.

I was also one of 19 MPs who voted in favour of a referendum, because I don’t think my fellow Parliamentarians fully appreciate the unintended consequences for the vulnerable and nor does this most liberal parliament in our history really reflect the strong views of New Zealanders on this issue. My usual attitude to referendums is that they occur once every three years, and are called general elections, but in these life and death matters of euthanasia and abortion I think the people of New Zealand need to be involved in making such important decisions.

While many MPs who voted against a referendum to secure the 9 NZ First votes they needed to pass the Euthanasia law voted against the public having the same power of veto for Abortion. I hope that as people familiarise themselves with the letter of the law enabling euthanasia and assisted suicide that they will vote against the law change at the binding referendum to be held at the next election.