Keep the Shore moving with Romy

During a June breakfast at the Rotary Club of North Harbour, Romy Udanga took a question from an attendee. As a former journalist, the Labour candidate for North Shore was more used to asking the questions.

“Why do migrants come to New Zealand? Is it economic or is it aspirational in terms of freedom and democracy?”
Romy, who arrived in New Zealand with his wife Fritzi in 2006, was a business reporter for Stuff.co.nz, and edited business trade magazines. He earned his media stripes while he was living in Malaysia and the Philippines.
Working with a pan-Asian team of over 200 journalists and media folk put him close to the heart of many matters, migration being prominent.
Romy told Rotary as much as 70 per cent of migration is driven by economic deprivation.
“Migrants want to be in a place where they can be more aspirational. Another 30 per cent will be driven by faith, fleeing persecution and war as refugees.”
The chance for better economic opportunities is a powerful driver for many who choose to live in New Zealand, whether they’re from the Philippines, the UK, Argentina, South Africa, or Australia.
Appropriately, one of Romy’s top priorities is to make employment and economic opportunities fairer for everyone. In “the new normal”, this is more important than ever.
Romy had some down-time during lockdown. At home in Mairangi Bay, he watched the ‘Lord of the Rings’ trilogy again. He heard a line that resonated loud and clear: “This day does not belong to one [person], but to all. Let us rebuild this world that we may share in the days of peace.”
To Romy, anticipating an unprecedented nationwide recovery and rebuild, this was a rallying cry.
Romy is absolutely focused on representing the North Shore as a member of Jacinda Ardern’s team, delivering Labour’s plan to rebuild our economy, help our families, and create jobs.
New Zealand is out of lockdown, but the fellowship of five million still has an epic task to rebuild our economy. It begins with two ticks for Labour and Romy Udanga to keep the Shore and all New Zealand moving.
“With your support, I’ll represent you well in Parliament and work to make a better future for us.” 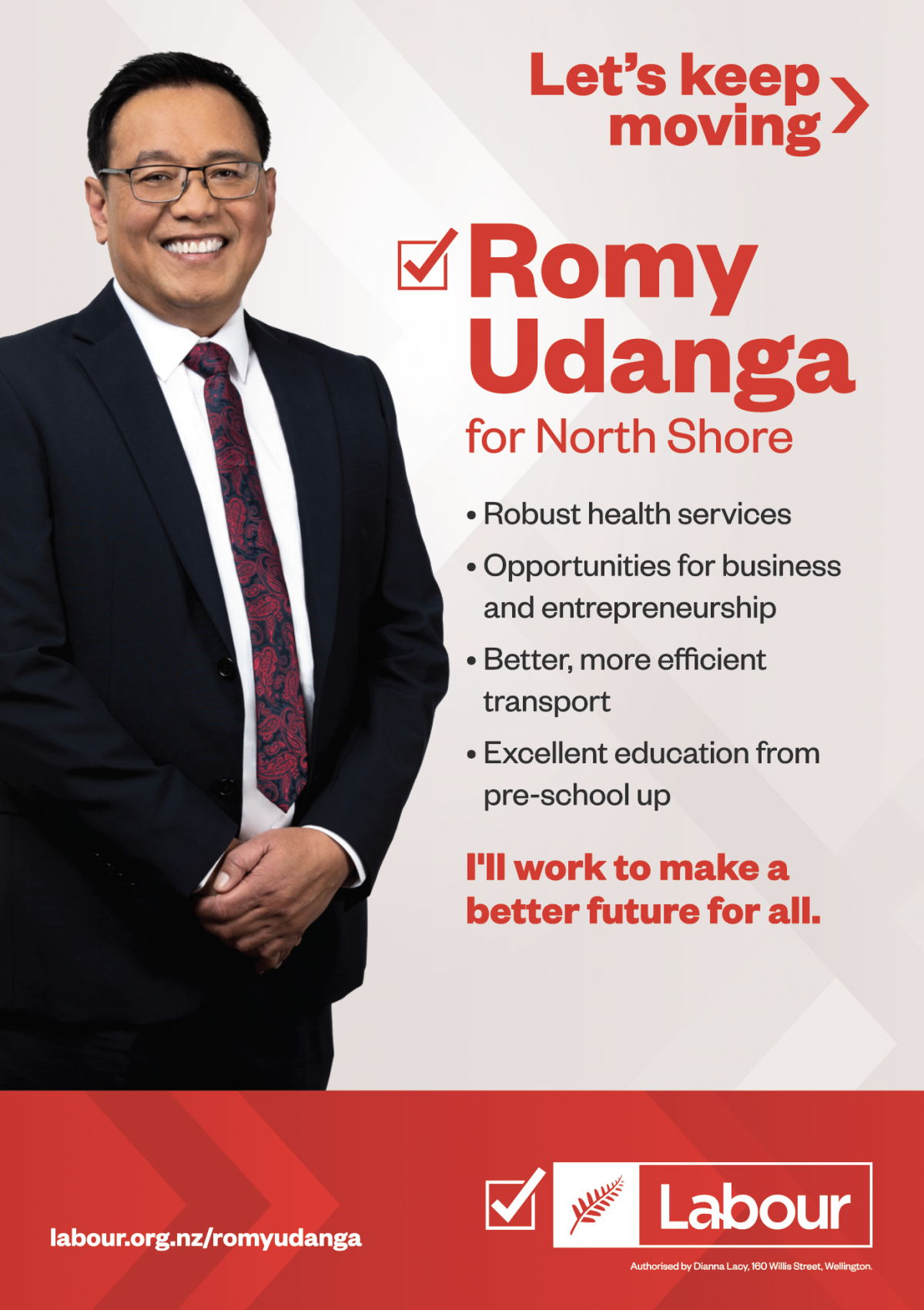