Latest from Out & About 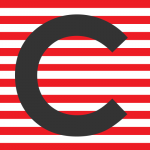 Out & About
Tags: Takapuna Community News

Shore City Shopping Centre received a big boost in mid-November with the opening of New World Metro Supermarket on the ground floor. Parent company Foodstuffs hosted an opening function on the evening of Wednesday November 13th, and then Mayor Phil Goff was on hand to officially open the store at 8am the following morning, Thursday November 14th. He joined with local councillor Richard Hills and owner Doug Cochrane and his family – wife Cary, daughter Hattie and son Angus – to do the official honours. We include a feature on the new supermarket in this issue.

Latest from Out & About